Starting a Business in Ghana – Labour and Employment 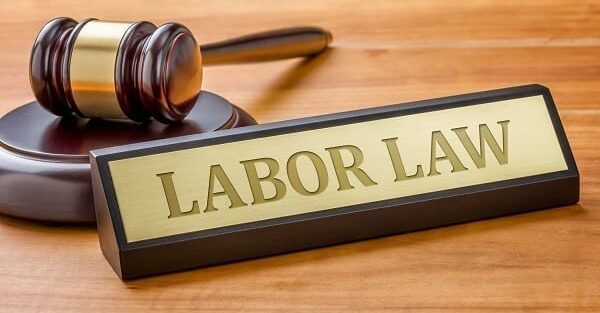 Starting a Business in Ghana – Labour and Employment

Africa is the continent with the youngest population, with about 20% of its people falling within the age bracket of 15 and 25 years.  Such a resource is not to be treated as trivia for any business that means to survive, grow and succeed. The story is not much different in Ghana, where about a third of the entire population is made up of young men and women between the ages of 15 and 35 years. With an increase in the number of graduates from secondary and tertiary institutions, it can then be deduced that a good percentage of this youthful population is skilled labour. This, to any business, ought to be good news.

So what do you, as a business, need to know about attracting and retaining the best of this valuable resource? What do the laws of the country generally say about employment, and which agencies would you be dealing with?

The next few paragraphs outline some fundamental factors you must consider as you begin to think of recruiting employees for your company.

Are you an eligible employer?

To be at the stage where you intend to recruit labour presupposes that your business has successfully performed due diligence, and satisfied the preliminary requirements of running a business in Ghana. As a non-Ghanaian, it is required that you secure the requisite permits, and ensure that they are still valid before you set out to work or employ in Ghana. Here is a more comprehensive article on Your Eligibility to Employ in Ghana. It is also fundamental that your business is registered appropriately. If you have yet to cover this ground, do take a look at our article on Business Registration as a Foreign Investor.

A general condition regardless of whether you are a Ghanaian business or an expatriate business is that the physical working conditions of your premises,  if your business is set up in brick and mortar, must meet industry standards. The requisite health and safety measures expected of your business must be properly established. This is important in order to avoid falling on the wrong side of the law.

What does the law generally say? 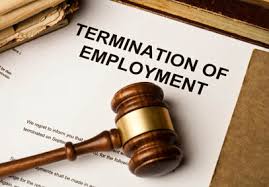 The Ghana Labour Act, 2003 (Act 651) opens with a preamble that communicates the fact that it consolidates all laws and regulations with regard to labour, employers, trade unions and industrial relations. In essence, it is advisable to consult the Act in matters concerning the labour laws of the country.

That being said, here are a few pointers you should do well to take note of on the issues of:

Contracts of Employment- The law requires that should you engage anyone in your company for a period equivalent to, or more than six (6) months, there must be a written contract of employment issued and signed within two (2) months of the employment to secure the engagement. It is expected that the rights and obligations of both parties (that is, you the employer as a party and your employee as the other party) are clearly outlined in the contract of employment. A recommended template for drafting a Contract of Employment can be found on Section 13 of the Ghana Labour Act 2003. Contracts are generally renewable, subject to the terms of the contract.

According to Section 75 of the Labour Law, a temporary worker (contract worker in lay man’s terms) who has been employed for a period of 6 months or more shall be entitled to minimum wage, hours of work, rest period, paid public holidays, night work and sick leave provisions as though for a permanent worker, without prejudice to the terms of the contract agreed to by both parties. Ordinarily, every worker is entitled to not less than 15 days of paid leave when employed for a period spanning one full calendar year.

Discrimination- It is a violation of the laws of the country to exhibit any kind of discrimination against an employee or any prospective employee on the basis of their gender, race, colour, ethnicity, religion, creed, social or economic status, disability or politic affiliation.

It is therefore expected that you give all prospective employees an equal opportunity in the recruitment process. It is also expected that you treat all employees equally in terms of remuneration, opportunities for training, promotions and the like. Therefore, it is a breach of the law, for example, to pay two people different wages for equal work done on the basis of their gender or any other difference.

Wages and Salaries- The primary point of call when it comes to remuneration is the Daily National Minimum Wage, which from the 1st of January 2018, is GH₵9.68. Do take note that this is not the ceiling, but rather the base (emphasis on the word “minimum”).

Industry standards in terms of wages and salaries must also be considered if you intend to attract the best human resource for your business. It is absolutely essential that payments of wages and salaries are made in cedis as stipulated by Act 615, and made on time, which usually should not be later than the 27th of every month. The Controller and Accountant General has a schedule of payment dates for public sector employees for the various months, and it ranges from the 18th to the 27th  days of various months.

You should keep in mind that wages and salaries, and other benefits, go a long way to build employee loyalty. Keeping your employees happy would eventually trickle down to your clients being happy without having to spend extra money to train dissatisfied people to make clients satisfied, or to grapple with the unpleasant consequences of a high rate of turnover.

Pensions and Taxes –  Ghana currently operates a three-tier pension scheme. Tiers one and two are compulsory contributions which are tax-exempt, and tier three is a voluntary contribution.

As an employer, you should bear in mind the following obligations under the National Pensions Act, 2008 Act 766.

You must accompany each contribution payment with a Contribution Report which is a list of the workers indicating their social security numbers and the amount each worker is contributing. The contribution report must necessarily be submitted regardless of whether a contribution was made for the month or not.

You ought to pay the contributions regularly and on time (within 14 days after the end of the month) to avoid a penalty of 3% per month unpaid for.  An additional 3% is chargeable if, after a written notice of payment, the contributions are still not made.

The tax applicable to your employees is primarily the PAYE, which you will be expected to deduct from the total remuneration net of their pension contributions. There is a graduated schedule to guide the deductions you shall make and pay to the Ghana Revenue Authority on a regular basis, and not later than the 15th day of the month after the month for which the deduction was made. You can find a summary schedule for the employee PAYE deductions here. 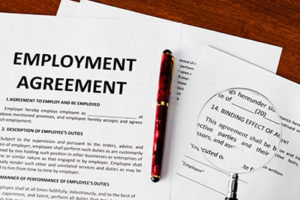 Unions and Associations- Section 79 of the Ghana Labour Law reinforces the country’s stand on Freedom of Association as a fundamental human right.

In view of this, you as an employer, are prohibited from barring an employee or a prospective employee from joining an association or a trade union, or from continuing as a member of a union they are already a part of.

Terminations, Dismissals and Lay Offs- The termination of a contract of employment may be initiated by either the employer or the employee.

The procedures for termination and the length of time required for notice is determined by the type of contract in operation. For example, a week-by-week contract requires that a notice of at least 7 days be given by the initiating party before the termination of the contract. The various stipulations regarding notice of terminations can be found in Section 17 of the Labour Law, 2003.

In the event of a termination, the employer shall be obliged to settle any remuneration arrears due the employee, compensation arising from injuries or accidents suffered by the employee in the course of the work. There are further details in Section 18 of the Labour Law 2003.

Working Hours: The normal working hours in every ordinary undertaking is not to exceed an average of forty (40) hours per week. The daily working hours shall not exceed a total of 8 hours, except in instances where shorter hours had been worked in the week. Nonetheless, the maximum hours of work in such a case is 9 hours on a given day and a total of 40 hours a week.

Where an employee works beyond the normal hours of work stipulated in the undertaking to which they are bound, the extra hours of work shall be considered as overtime and they shall be remunerated as such. Unless the work of an employee would not be viable without overtime or is necessary for the avoidance of a threat to life or property, the employee is not required to work overtime if the undertaking does not have fixed rates of pay for overtime hours, and the employee shall not be compelled to work overtime.

Who will you be working with?

There are some institutions that you shall work either directly or indirectly with. It would be in your interest as a business to familiarize yourself with the primary function of these institutions, and get to know the kind of influence they may hold over the activities of your business.

Departments of government such as the  Labour Department and the National Labour Commission under the Ministry of Employment and Labour Relations ( MELR ) are a credible source of information concerning matters of employment.

Below is an inexhaustive list of some of these relevant organisations;

The Ministry of Employment and Labour Relations – it works as the umbrella under which many of the agencies and departments working on issues of labour can be found.

The Fair Wages and Salaries Commission– it works as the regulator for wages and salaries. You should be kept abreast with the changes that they make on matters such as the minimum wage.

Ghana Investment Promotion Centre– it is the organisation that facilitates investments in Ghana. Thus, as an expatriate or even local business, it is imperative that you get to know the policies formulated by the centre and how it affects you, even in matters of labour.

Ghana Revenue Authority– works as the tax collector to whom you will be required to file your employee’s PAYE.

What has your experience been as far as employment and labour issues are concerned? Let us know if you found this information useful and we will be happy  to engage further on this. 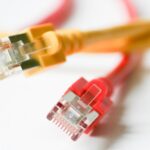 Technologies and Innovations: The Rise of the Digital Ghana 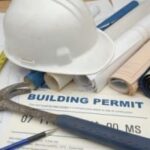 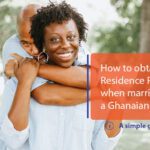 How to obtain Residence Permit when married to a Ghanaian 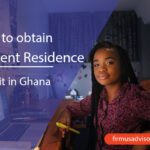 How To Obtain Student Residence Permit in Ghana Setting Up a Supermarket In Ghana

Sign up to receive latest news, updates, promotions, and special offers delivered directly to your inbox.
No, thanks